A Morton’s Neuroma is an enlarged nerve that is often swollen & inflamed which is often felt at the ball of the foot, most commonly between the 3rd and 4th toes.  The pain is often “burning” or “sharp” and can spread to other surrounding areas, and can be worsened with shoes that are too narrow for the feet or high heels. It is a common condition that often affects middle aged women with an increased body mass index (BMI).

Why is it happening now?

There are a number of causes of a neuroma.  Typically people with a very hypermobile, flexible foot will develop the condition because the joints in the forefoot will move around a lot and irritate the nerves. Also, if there is stiffness or a bunion present in the big toe joint, this shifts the weight over to the small joints and can result in the nerves becoming inflamed and swollen.   Tight footwear can also mean that the forefoot is being squashed together and causing some nerves to get pinched.

Can it be fixed?

Yes!  In most cases, the pain associated with neuromas can be controlled by offloading the area.  We do this in a number of ways, such as:

In a small number of cases, the neuroma will need to be surgically removed by an orthopaedic surgeon.  This is a relatively straight forward procedure where a small incision is made and the effected portion of nerve is removed. 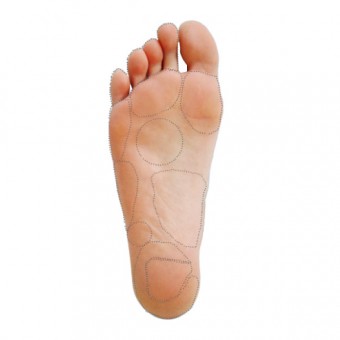 Click here to let us help you with your foot pain

Learn How To Manage Your Heel Pain

COVID-19 Message
Due to COVID-19, the clinic is still operational and are taking all the precautionary measures to ensure our client's safety. Look forward to seeing you at our clinic for your next appointment. Any questions feel free to contact the clinic 3800 9491
X